Made for the #NephMadness #TransplantRegion, here’s a nice way to spend any Sunday morning (answers below, try not to cheat…):

#NephMadness gave me the opportunity to learn and practice how to create visual abstracts. The #VisualAbstract is an effective and efficient way to disseminate research, and they are also fun to make! Here are some of my first attempts below (click to enlarge, made in Powerpoint):

What are the beliefs of patients with Chronic kidney disease about Pregnancy?

What do they want to know from their doctors?

This study throws some light on this important yet neglected subject.

What to do?  So many good choices, so many ways this can go.  Will your bracket survive past your colleagues and friends or will you have to hear them go on and on how they  pity you or just tell you that you suck.  When the conversation at the next conference turns to NephMadness you don’t want to be the person saying, “Hey I have an early day got to go back to my room”.  Heck this madness is so crazy popular people have literally been kidnapped to prevent entry into the tournament!

You think to yourself how do I get an edge on the competition.  You google best bets NCAA tournament, there are over 2 million hits.  Oh you meant google best bets NephMadness, first think that shows up is NephMadness for Dummies.  You almost throw your phone/tablet/computer against the wall to show it whose the boss, but wait you remember you will have to buy a new device and who knows if that device will be any smarter.

Then you head to twitter and you see salvation!  You come upon the NephMadness Choose Wisely Campaign #NCWC?  How did this happen? What is this?  Well you see Nephrology Social Media Collaborative (NSMC) Intern Mohamed Elrggal was in a deep sleep when the Knight of NephMadness Past came to him.  He immediately awoke and googled the below image as he needed to know who this Salt Whisperer was.

Mohamed thought to himself what does this mean? Suddenly an idea came upon him, what if he led a team to retrospectively analyze the history of the Blue Ribbon Panel, from publications to tweets to choice of coffee and input this data into a simulation model.  He could run the simulation a few thousand times and then be able to accurately predict the winning Teams in NephMadness.  He immediately communicated this idea to his Nephrology Social Media Collaborative (NSMC) co-interns and the team was assembled.  Mohamed’s brainchild became knowns as the Nephrology Choose Wisely Campaign#NCWC.

The first entry was done by the man Mohamed himself.  This was followed in rapid succession by more entries and to totally annihilate the competition check out the wonderful Visual Abstracts! 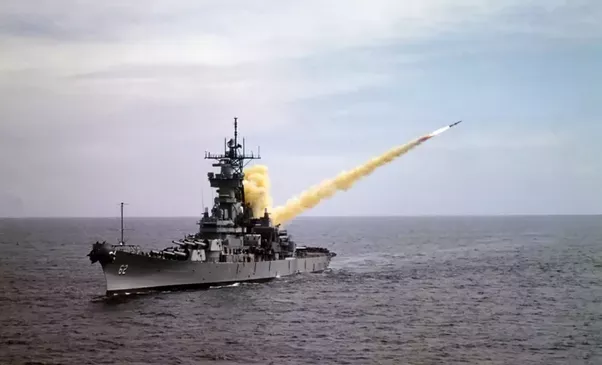 Below are a list of hyperlinks, first link is to that region’s NCWC entry and then below is the hyperlink to that #specific region (click #NCWC for the whole collection in one spot):

Strong work by @ssfarouk on putting together the infographic summarizing the twitter polls below: 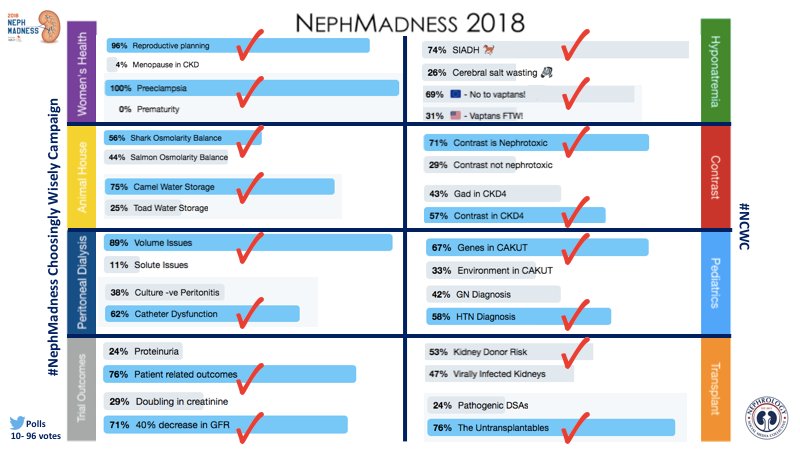 So now you start to feel like you might just win and start to plan a Championship Parade but WAIT WAIT WAIT!  Simply winning is not enough, you feel the need to embarrass your colleagues and walk around like a Boss at the office, to show those other fellowships “Yea we’re bad, What! What!”. Well to honor the idea of FOAMed (Free Open Access Medical education) and to keep your head spinning with content we rolled out the good stuff:

Still don’t know whom to pick, well if all else fails here are some free picks for you. Want free picks in Spanish, no te preocupes we got you covered.

Asking where can I look to find everything mentioned in this blogpost and more coverage of NephMadness click below:

Shout out to all the contributors to this year’s NephMadness and all the wonderful posts and innovative educational tools used.  A special thanks to our NSMC faculty and the NSMC interns!

And let’s wrap this up with aShooting Starr Moment!

Now let’s win this thing and go cut down some nets!

Welcome to the #TrialsRegion; the region with the greatest potential for generating debate about clinical practice (in my humble opinion). Our ability to distil out the relevant information from the outcomes of trials is paramount in improving the delivery of care to patients with kidney disease. Particularly given the rising prevalence of CKD, there is a clear imperative to develop additional therapies through high-quality trials. Much focus has been placed upon the quality and quantity of RCTs within Nephrology; the overall consensus is that we are lagging behind other specialities. Selection of the correct surrogate marker is fundamental in determining the relevance and wider applicability of trial outcomes.
The first matchup in this region pits the old familiar reliable against the young pretender.

Enter the challenger 40% reduction in eGFR. There is great interest in considering alternative endpoints to shorten trial duration and reduce sample size. 40% is obvious less than 57%, meaning you hit your clinical endpoint at an earlier stage. This has significant implications for the design and likely successful outcomes of CKD trails. Unfortunately, CKD does not decline in a step-wise manner which is a significant limitation of this approach.  Steady loss of function over time is a relatively late manifestation that reflects physiological factors in remnant nephrons.  The applicability of 40% decline in eGFR is not uniform across all clinical settings, particularly if the treatment effect is not uniform across those who progress rapidly and those who do not progress. The use of different equations for determining eGFR must also be consider

ed. The NKF-FDA concluded that 40% eGFR decline is broadly acceptable as a kidney end point across a wide baseline of eGFR range, however a minimum follow up of 2-3 years is recommended. The trade-off is between improving power (more events) while increasing type 1 error (i.e. false positives).

It is important to bear in mind that both contenders are based on a biomarker; they do not provide information regarding patient health status. Creatinine itself has limits as a biomarker; changes in serum creatinine can be attributed not only to renal structural changes but may also be reflective of muscle mass, dietary changes, changes in renal tubular secretion of creatinine (particularly in patients with proteinuria and hypoalbuminaemia), and haemodynamic effects (particularly relevant given how many of our “go to” medications in CKD exert their clinical effects).

The chatter so far seems to be leaning towards 40% eGFR decline:

40% eGFR Decrease and Other New Kids on the Block @Badves

Combing through previous tweets by @NephRodby:

Unfortunately, I was unable to uncover any clues about how the rest of the BRP would be inclined to vote based on their Twitter accounts and PubMed searches; perhaps because these aren’t the easiest of search terms to track.

Prediction—40% reduction in eGFR purely from the point of view of causing a minor upset of an established behemoth and generating discussion.

The second match-up in this region is genuinely intriguing—two diametrically opposed surrogate measures.

Beyond any doubt, proteinuria is predictive of an increased risk of progressive renal function loss over time. This association is found in various pathophysiological conditions, includi

ng diabetic nephropathy, hypertensive nephropathy, and various primary renal diseases. Difficulties arise with regards to 1. Standardised collection methods (spot vs 24 hr collection) 2. Whether it can be used as a surrogate marker—secondary analysis of the RENAAL study found that reduction of proteinuria was a strong predictor of outcome however there are several studies with conflicting outcomes.

Given its chronicity and symptom burden, the subjective patient experience is key in understanding the impact of CKD. The success of treatments has been historically assessed by doctors using laboratory measures; incorporation of patient perspective into routine clinical practice has been slow to be incorporated. This is because such measures are thought to be intangible and therefore difficult to replicate across clinical trials.

Of the two, proteinuria has certainly generated the most discussion to date

The rest of the BRP

Given the extensive patient advocacy work by @FionaCLoud I would imagine she would lean towards PROs.

During her time as ASN President @EleanorLederer has spoken about patient engagement and its role in clinical decision making.

@DrDeidraCrews was involved in a study examining patient related outcomes and has done extensive work on social determinants of health.

My prediction: Although proteinuria remains the more controversial of the two, Patient Related Outcomes by a narrow margin (5 to 4).

Final winner: 40% reduction in GFR. This could be the dark horse of the competition.

Check out this fun crossword about transplantation. Let us know if you get all correct in the comments below.

Hint: For all the answers visit the #Transplantation region of #Nephmadness

The Animal House Video: Why should we learn about Animal Physiology?

Read more about the Animal House region on AJKD Blog