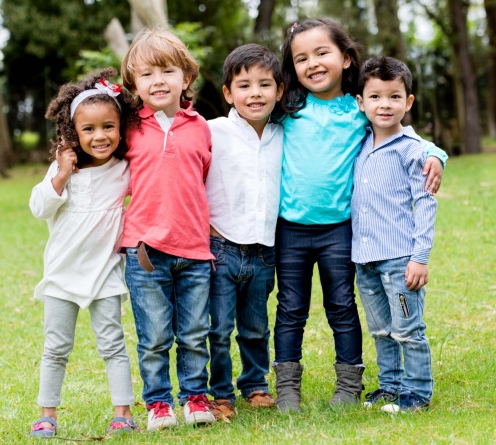 As we head into #NephMadness 2018, many of us are wondering how the Blue Ribbon Panel will make its decisions on which teams they select to advance to the next round. Here we take a look at the Pediatric Nephrology Region (#PedsRegion on Twitter) to see if there is any lean towards one team being victorious over another in each match-up.

Congenital anomalies of the kidneys and urinary tract (CAKUT) are the most common cause of CKD in children. Kidney organogenesis is a precise, multi-step process that begins around 3 weeks gestation with formation of the pronephros and continues through the 36th week of gestation as the final kidneys undergo nephrogenesis. Because of the complexity of kidney development, multiple genetic and environmental insults can influence organogenesis and lead to abnormal formation of kidney and/or urinary tract structures. This #NephMadness rivalry is a battle of “nature vs. nurture” to see which team reigns supreme.

It’s tough to get a read from selection committee member Michelle Rheault’s (@rheault_m) scouting report on this match-up. She touches upon the 50+ genes that have been discovered thus far that are implicated in various congenital anomalies, ranging from renal agenesis to primary vesicoureteral reflux, and how next-generation sequencing could identify a potential cause for CAKUT in 5-10% of cases. Given her research interest in Alport syndrome, a disorder with a clear genetic basis, and her recent comments on Twitter, it may suggest she is trying to sway the Blue Ribbon Panel towards choosing the “Genes in CAKUT” team:

Then again, in the scouting report she emphasizes the burden of maternal diabetes and obesity in pregnancy and the risks of prematurity, which affect millions of babies born each year. This suggests a possible lean towards environment due to its greater impact on kidney health at a population level.

On a global scale, over 15 million preterm births occur each year. Prematurity leads to the arrest of nephron development and renal hypoplasia although some nephron development may continue after birth. Unfortunately, while premature infants are trying to form a few last nephrons after birth, they are exposed to nephrotoxic medications in the course of their care that may further disrupt this process.

Has the Blue Ribbon Panel leaked any secrets about their thoughts on genes vs. environment in CAKUT? It’s hard to tell as no one on the panel has talked about this match-up on Twitter yet.

A quick PubMed search may offer other clues into how the panelists may vote. Deidra Crews (@DrDeidraCrews), for example, is interested in socioeconomic factors that lead to racial disparities in chronic kidney disease for African Americans. Recognizing the role that environment plays in the risk of kidney disease in this population, it is possible she may vote for “Environment in CAKUT.” Looking at Tazeen Jafar’s research interests in ethnic disparities in the treatment of kidney disease in South Asian countries, this may signal another vote for “environment” as well.

On the genetics side, Michael Choi (@Mike_J_Choi) has a research interest in APOL1 risk alleles. Fiona Loud (@FionaCLoud), the Policy Director at Kidney Care UK, is a renal transplant recipient herself and has tuberous sclerosis, a genetic disorder of tumor growth associated with renal manifestations including angiomyolipomas, cysts, and renal cell carcinoma. This may signal two votes from these panelists for “Genes in CAKUT.”

So where does this leave us? Two Blue Ribbon Panel members with possible votes for “Environment in CAKUT” and two potential votes for “Genes in CAKUT,” but it’s anybody’s game.

Glomerular diseases comprise the second most common cause of pediatric chronic kidney disease, just behind CAKUT. However, they are arguably the most challenging cases we see in our practice and come with plenty of co-morbidities and complications. Many of us have had that experience of a patient with steroid-resistant nephrotic syndrome that has gone through our limited arsenal of immunosuppression down the path to ESKD, or that challenging lupus nephritis patient with multiple lupus flares while on oral steroids and MMF. Hypertension, on the other hand, is also a tough team to beat. There is a known association of high BP in childhood with adult hypertension, yet many children go undiagnosed. Furthermore, obtaining accurate BP readings in children can be a challenge (older studies have shown that infants who cry raise their BP by 30-50 mmHg on average!) and BP targets are different based on the child’s age, gender, and stature.

Going back again to the selection committee member for the #PedsRegion, Michelle Rheault’s research interest in Alport syndrome may suggest she could be setting up the Blue Ribbon Panel to vote for “GN Diagnosis.” However, again looking at kidney disease from a population-level standpoint, she makes the following argument about the burden of pediatric HTN and the consequences of us not identifying it early:

This, in addition to the hype surrounding the newly released AAP Pediatric Hypertension guidelines, make it seem like “HTN Diagnosis” has a home court advantage.

But what does the Blue Ribbon Panel have to say? A quick Twitter search has not revealed any clear bias from panelists towards one particular team. When looking at PubMed, Michael Choi’s research interests in APOL1 and glomerular disease as a whole suggests a vote for “GN Diagnosis.” Tazeen Jafar’s research on BP control in rural South Asian communities and involvement in the Control of Blood Pressure and Risk Attentuation (COBRA) trial suggests a lean towards “HTN Diagnosis” with her vote.

Like the CAKUT bracket, “GN Diagnosis” vs. “HTN Diagnosis” remains a toss-up. Glomerular diseases, though relatively uncommon in the whole pediatric population, is a more common cause of CKD and ESKD in children than in adults and fraught with management challenges. However, given the long-term risks of not identifying elevated BP in childhood and the rising prevalence of HTN in this age group, particularly due to the obesity epidemic, I would lean towards “HTN Diagnosis” as claiming victory but not by a big margin.

Read the full AJKD blog (and check out the full scouting report for the #PedsRegion here).